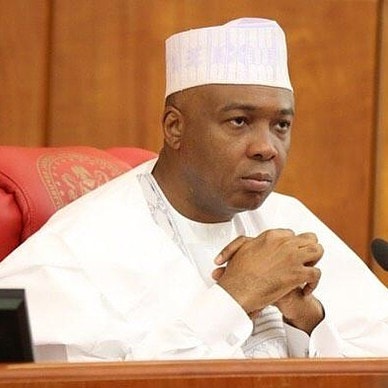 Plenary on Wednesday 28th November took a dramatic turn when Senator Mohammed Hassan (PDP Yobe South) drew the attention of his colleagues to the alleged non-remittance of N177 billion.

He pointed out that NPA made gross revenue of N303 billion, and about N126 billion went on expenditure leaving a total of N177billion in reserve. Hassan said, “NPA recorded a gross revenue of N303 billion. Meanwhile, its expenditure for that year was N125 billion. Therefore, there is an N177 billion operating surplus that was recorded. Not a single dime was reported to have been remitted either to the consolidated revenue fund or to the general reserve fund. We raised this with the management of NPA. Till today, seven months after, we have not heard from them. “The question is, where is this N177 (billion)? It has not been reported, we have not heard from them seven months after.”

The tense atmosphere was doused when the Senate President, Bukola Saraki ruled that the Senate committee on Marine Transport to determine within three days if the agency is in custody of the fund.